Life on the Lemro River 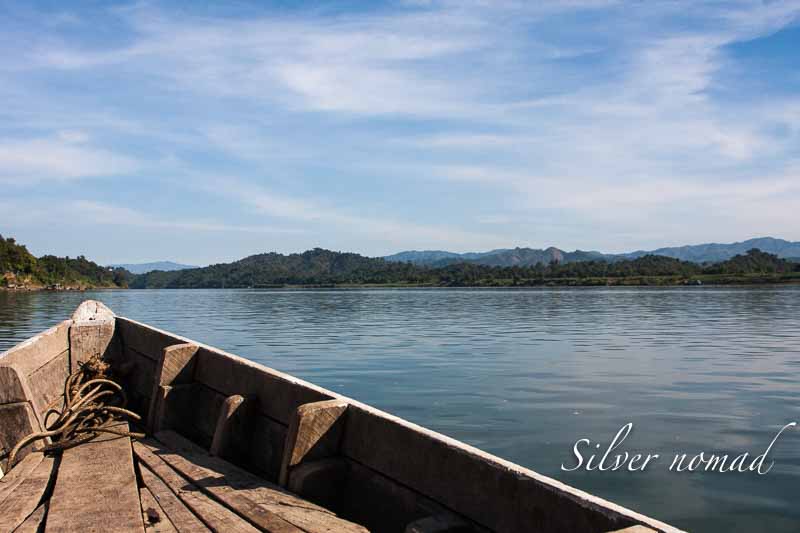 Rivers are roads that move and which carry us whither we wish to go.

There is nothing quite like being on a boat especially a small boat chugging up some backwater in Asia.  So off I went with three other adventurers (fellow travellers I met in Mrauk U) to visit the tattooed ladies of some Chin villages in northwestern Myanmar.

The tribal nature of much of Asia is truly revealed in northern Myanmar where the modern political division of the land into states parallels the cultural reality. The Chin state contains half a million Chin people, said to be of Mongolian origin. It is a mountainous state with little infrastructure as the ‘roads’ around Mrauk U so vividly demonstrate. Much of the travel is by boats on the river. It is also economically poor although rich in tradition and culture. It is a place that most tourists do not venture and many villages are isolated. 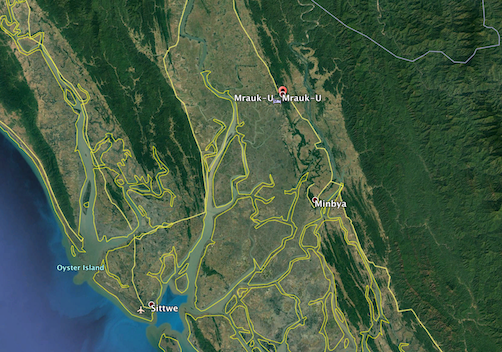 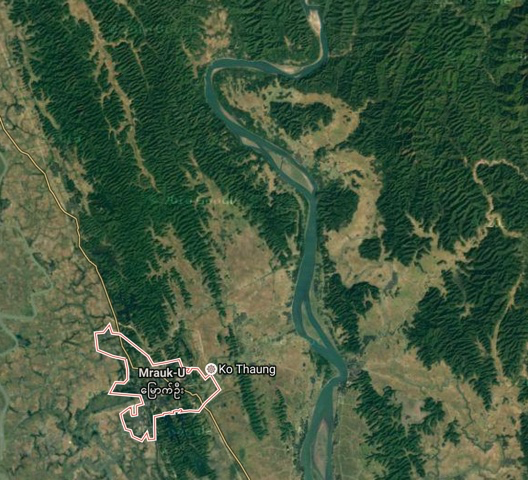 We endured a bone-rattling, tuk-tuk ride of about half an hour from Mrauk U to reach the Lemro (also spelled Lay Myo) River. The pastoral scenery was stunning in the blinding, early morning sunlight. We bounced over rocky roads passing fields, bright yellow and ready for harvesting. In the distance, mountains rose in serried ranks, blue and hazy in the early morning mist and the smoke from cooking fires. 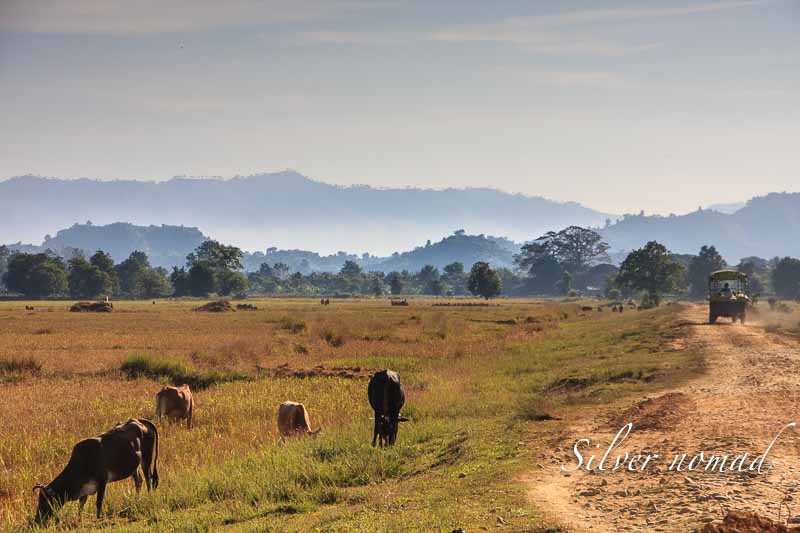 The boat was relatively shady and we each had a plastic chair with a back to it: not the hard wooden bench of some of my previous river jaunts. 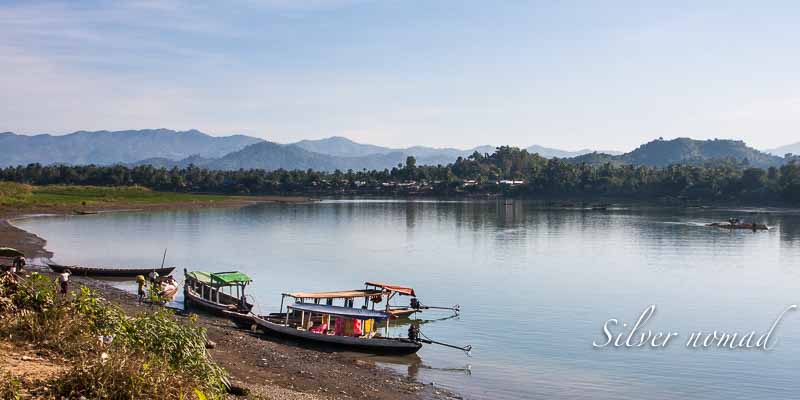 We spent a pleasant couple of hours chugging upstream watching life go by, largely unchanged for centuries – except for diesel motors for the boats. 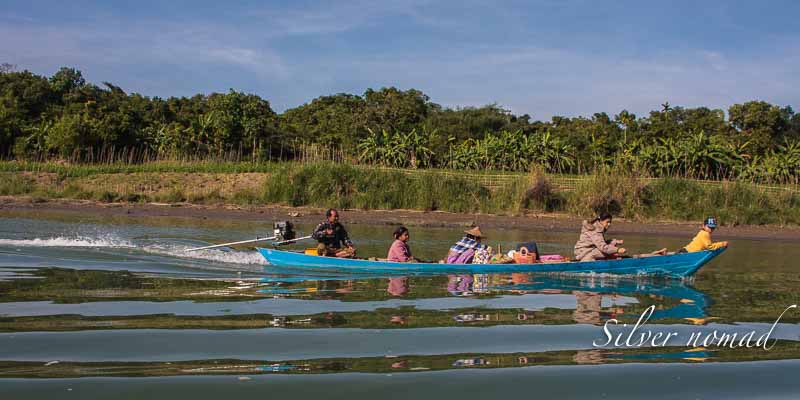 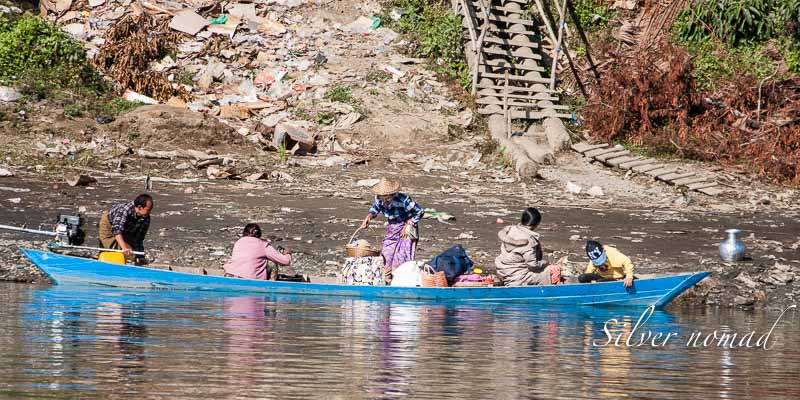 Life on the river and on its banks unfolded before our eyes. It is almost a medieval scene (except for the boats with diesel engines) involving the daily round of chores that subsistence living requires. We passed seemingly deserted villages, yet the evidence of occupation was revealed in the tidy and prolific vegetable gardens along the banks. 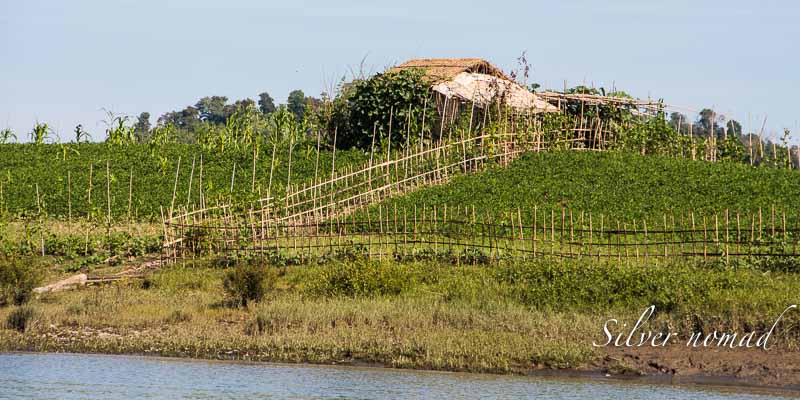 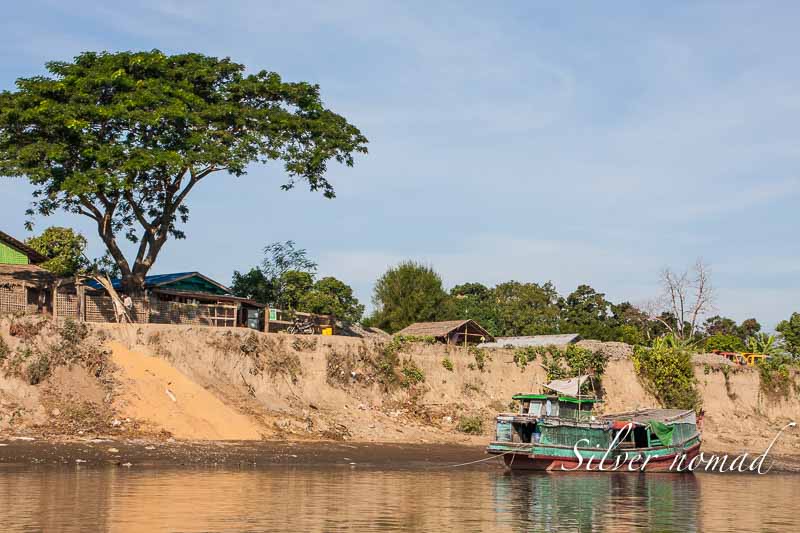 In other places there was a hive of activity with both men and women hauling sacks (perhaps of rice) down the riverbank and into a waiting boat.  This was a reminder that the Rakhine state, full of meandering rivers, is second in rice productivity to the Ayeyarwady delta. 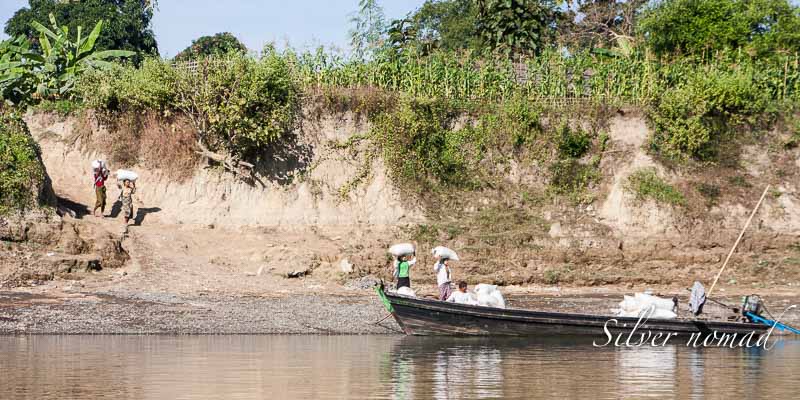 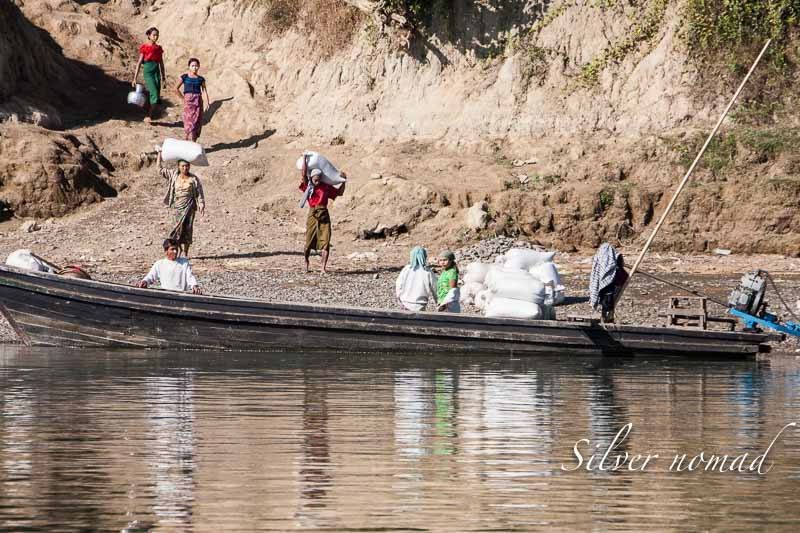 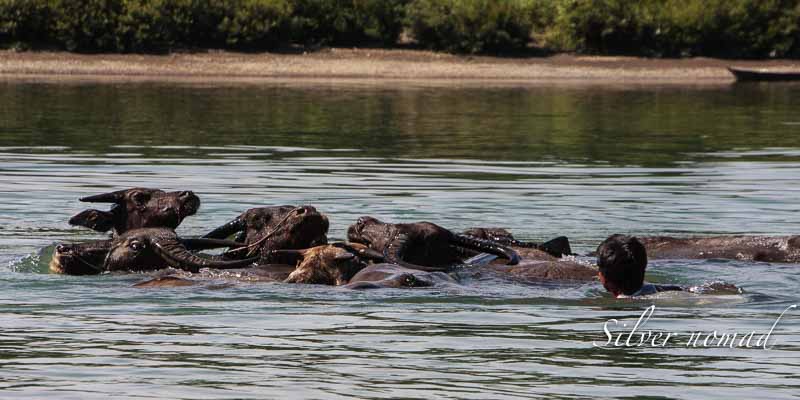 And as always at rivers in Asia, women were washing clothes or dishes. Some were solitary but others worked with a friend, children in tow. While the mothers did the laundry, the little ones skipped into and out of the water. 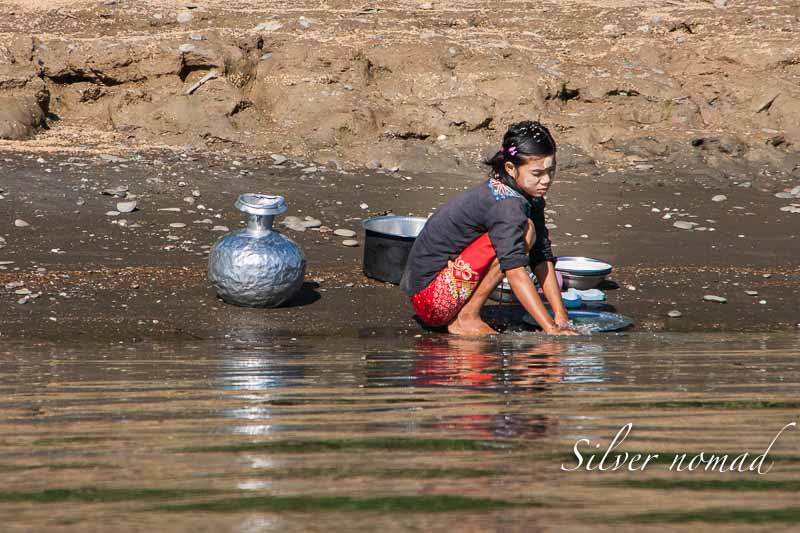 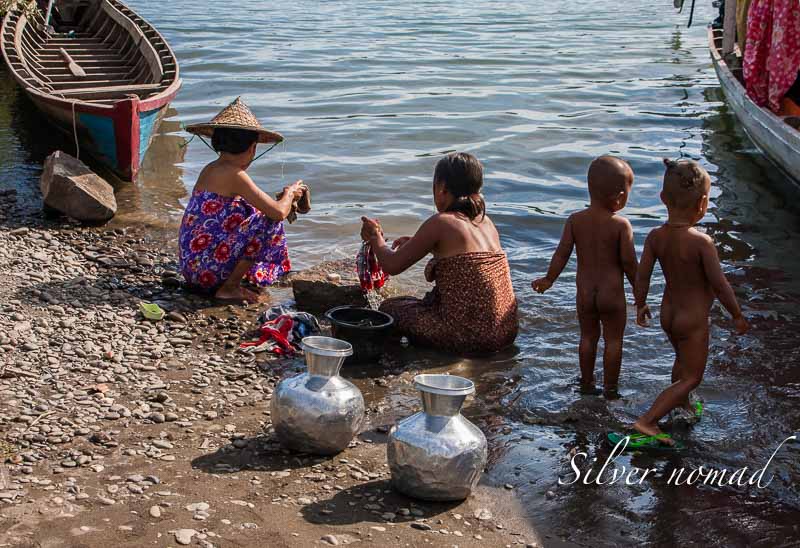 Eventually, we arrived at the first of the two Chin villages we were to visit and saw first hand one of the cultural traditions – older women with tattooed faces. But that will have to wait until the next blog post.